Maybe you’ve heard a reporter refer to a declining bear market on the news, or maybe you’ve seen the Charging Bull statue near the New York Stock Exchange in New York City. But what do animals have to do with financial markets, and specifically, a bull and a bear? 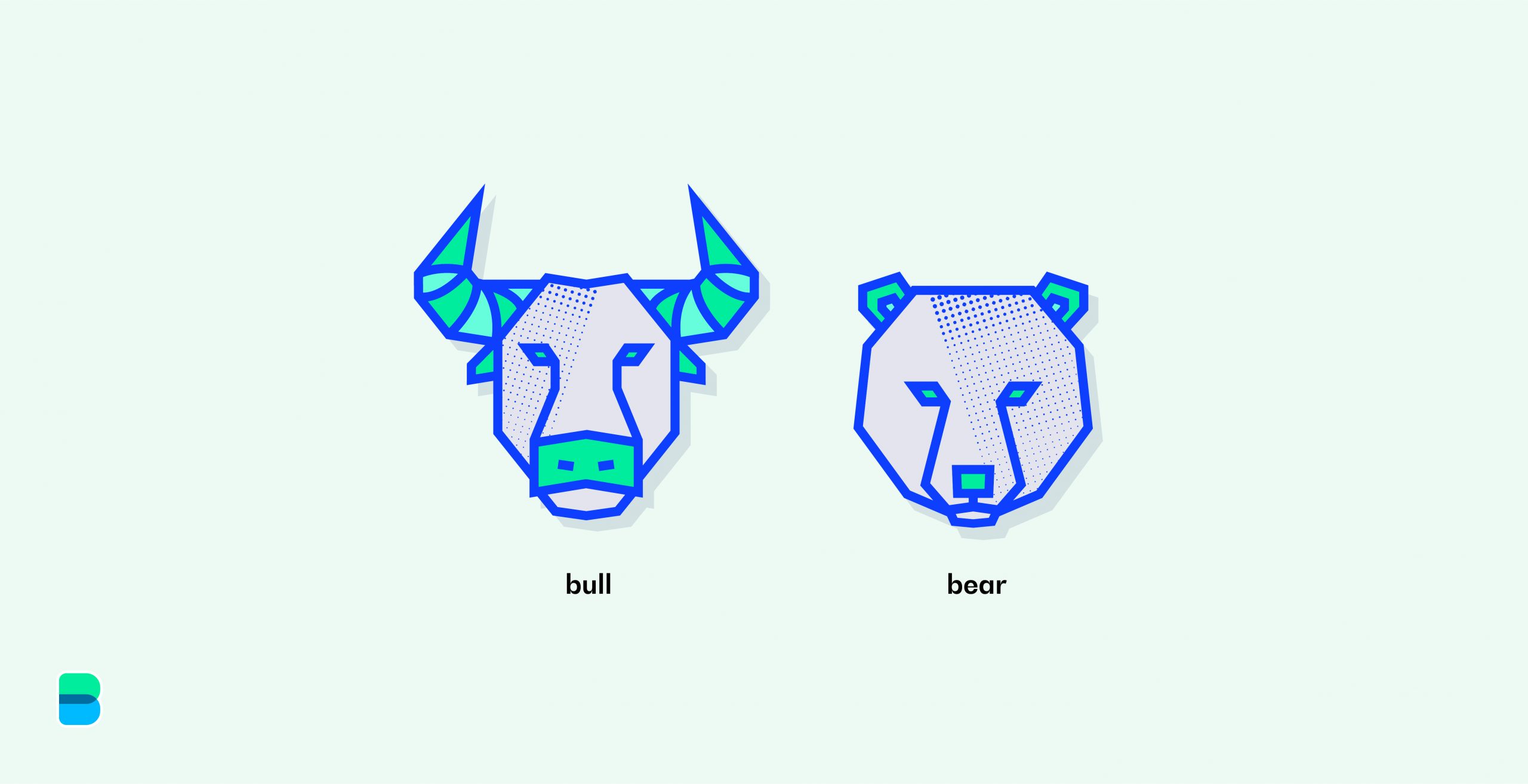 What is a bull market?

When the market is a “bull” market, the market has positive momentum and is on an incline. This happens when market conditions are favorable and investors begin to have more confidence in the market. This can be due to a variety of reasons that cause bull markets, which we will go into in a bit. Growth of at least 20% in average stock prices has to be registered by several stock exchanges for a market cycle to be categorized as a bull market.

What are the characteristics of a bull market?

A bull market is typically defined by an upward continuing trend with a sustained increase in stock prices. High consumer confidence levels lead to more revenue generated by companies, which in turn leads to higher profits for companies and shareholders, therefore increasing share prices and investor confidence.

Some specific characteristics of bull markets include:

What causes a bull market to turn into a bear market?

There can be many reasons and causes behind a bull market transitioning into a bear market. Typically, a decline in growth prospects can lead to a decline in stock prices, which usually reflects future expectations of cash flows.

There can also be external factors that trigger a bear market, for example, intervention by government in the economy such as changes in tax rates, political unrest, natural disasters, and pandemics – as we have seen with the COVID pandemic and the corresponding bear market in February to March 2020.

What is a bear market?

On the other hand, when the market is a “bear” market, the market has negative momentum and is in a decline. Opposite to a bull market, there should be a decline of at least 20% or more in average stock prices for a market cycle to be considered a bear market.

During a bear market, investors begin to disengage their investments and sell positions because they start to see the value of the securities that they hold dropping, diluting the market with many shares and therefore leading to an overall decrease in share prices.

What are the characteristics of a bear market?

A bear market is typically defined by a downward trend with sustained decrease in prices. Some specific characteristics of bear markets can include:

Where did the terms bull and bear markets come from?

There are a few theories about where the terms bull and bear markets are derived from. The first theory comes from the way bulls attack – by thrusting their horns upwards, and the downwards swinging of a bear’s claws when they attack.

The second theory is derived from the eighteenth century, when middlemen in the sales of bearskins sold skins they didn’t yet receive, speculating on the future price of the skins, hoping the trappers would drop their price. These middlemen became known as bears, and because bulls are the opposite of bears, the terms bull market and bear market were formed.

How do bull and bear markets affect the economy?

But, there are instances where the opposite can occur, such as during COVID-19 pandemic. After the stock market reached its lowest point in March 2020, the stock market began to defy odds and rally. Investors speculate that this is because big tech stocks – like Netflix (NFLX) and Amazon (AMZN) – have outperformed as people quarantined at home, and since they are included in many market indexes and have some of the largest weights in those indexes, such as the S&P 500, they have caused the market to become bullish.

What is a stock market cycle?

You know the saying – what goes up must come down, but...