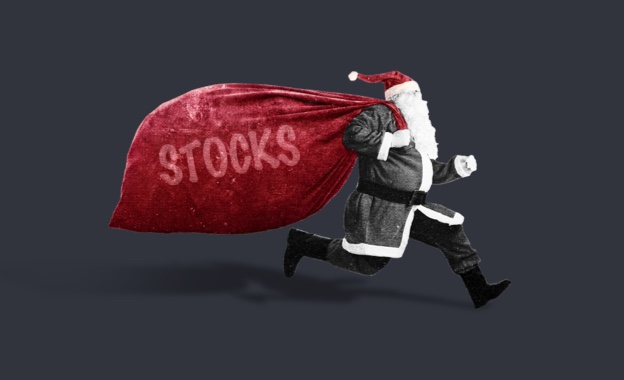 When it comes to trading stocks, being able to spot patterns and trends is the name of the game. Some investors make decisions by analyzing the fundamentals of businesses, always on the hunt for diamond-in-the-rough stocks that are priced below the company’s intrinsic value. Others prefer to look at charts, using technical analysis to find indications of whether to buy or sell based on a stock’s trading activity.

An alternative (or complement) to these two approaches is to take advantage of market phenomena and anomalies. By looking back at the stock market’s decades-long history, certain patterns can be induced based on the time of year, day of the week, or which political party is in office.

One of these more commonly observed patterns is what’s known as the Santa Clause Rally. The Santa Rally is a seasonal market phenomenon during which stock prices tend to rise over the last week of December and into the first two trading days of January. In today’s deep dive, we’re going to be taking a look at the history of the Santa Rally, its causes, and the impact it typically has on certain stocks.

What is the Santa Rally?

According to the 2016 edition of the Stock Trader’s Almanac, “since 1969, the Santa Claus Rally has yielded positive returns in 34 of the past 45 holiday seasons — the last five trading days of the year and the first two trading days after New Year’s. The average cumulative return over these days is 1.4%, and returns are positive in each of the seven days of the rally, on average.”

The term “Santa Rally” was coined by stock analyst Yale Hirsch back in 1972. Hirsch found evidence of the rally in the Dow Jones Industrial Average going all the way back to 1896. More recent evidence of its existence can be found using the closing price of SPY, State Street’s S&P 500 Index ETF. Since the ETF’s inception back in 1993, SPY has produced a gain 17 out of 26 times during the six-to-seven-day window of the Santa Rally.

Looking backwards, this effectively means the S&P 500 has experienced a Santa Rally about 65% of the time. Not bad odds! For comparison, any random six-day trading period of SPY has produced a positive return about 58% of the time since its inception in 1993.

Not only are you more likely to experience a positive return during the Santa Rally period, as opposed to any other six-day period, but your return is more likely to be larger. The average return of SPY during the Santa Rally is just under 1%, while the average return of SPY during any random six-day window is a little less than 0.2%.

What causes the Santa Rally?

Is the Santa Rally fueled by workers investing their year-end bonuses? Or is it the fact that many institutional investors and professional money managers tend to be on vacation during this time, leaving the market open to the whims of bullish retail investors? As with any stock market anomaly, no one really knows.

There’s also the possibility that the idea of the Santa Rally ends up fueling itself in a sort of self-fulfilling prophecy. Because it’s widely known that stocks will perform well during this time period, investors are eager to participate, investing money they otherwise wouldn’t and raising prices.

Where does Santa deliver his gains?

Meta (FB) is a perennial member of the nice list. Historically, January has always been Meta stock’s best performing month, rising around 9% on average and making December a good time to buy it. After falling from all time highs late this summer and stalling out this fall, it will be interesting to see if Meta is on any dip-buyers’ holiday shopping lists this year.

On the other hand, Walmart (WMT) is a stock that typically finds itself on the naughty list. Despite benefitting from the surge in retail spending each holiday season, December has historically been Walmart’s worst performing month, and the only month where it experiences a negative average return. On average, shares of the retail giant fall by around 0.2% each December.

Zooming out, there is some evidence that indicates the Santa Rally is more favorable to value stocks than growth stocks. However, it’s impossible to accurately predict which stocks will do what in a Santa Rally.

Due to their nature, stock market anomalies like the Santa Rally and January Effect shouldn’t be taken as certainties. These market phenomena should be considered more as observations rather than predictions. As for the possibility of a 2021 Santa Rally, it’s safe to say Santa will have no shortage of inflation fears and interest rate concerns to fight through. However, major U.S. indices did rally to hit fresh record highs last week. Europe’s STOXX index also rose last week in anticipation of a Santa Rally along with gold and oil. Here’s to hoping the jolly old man can pull through for us!